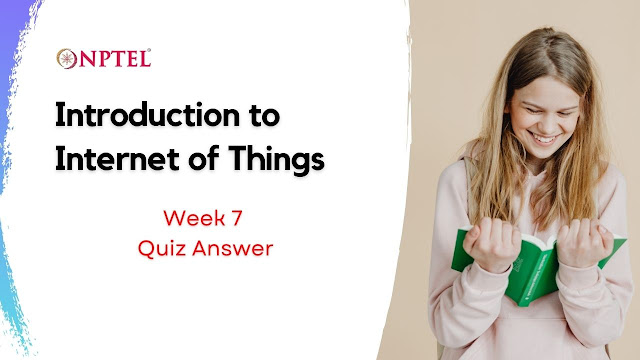 Introduction to Internet of Things

In this article i am gone to share NEPTEL Course Introduction to Internet of Things Unit 9 – Week 7 Assignment Quiz Answer with you..

A. Create a client and server

B. Establish connection between the two
C. Send data from the client to the server
D. Save the data in a file

Question 12)
The ion() function in matplotlib plotting:
Question 13)
The following are the limitations of our current traditional networks:
Question 14)
The basic SDN concept involves:
Question 15)
Control message from a switch to controller in SDN is termed as: