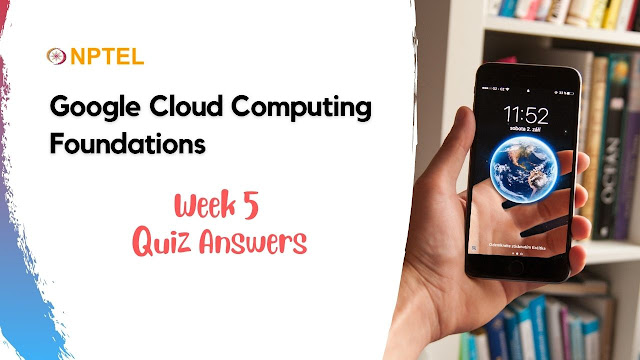 
In this article i am gone to share NPTEL Course : Google Cloud Computing Foundations Week 5 Quiz Answer with you..

How many IP addresses does a /24 network have?

Which of the following is not a type of virtual private cloud (VPC).

True or False. Virtual private clouds (VPCs) are global and subnets are regional.

Virtual private cloud networks (VPCs) allow the deployment of infrastructure as a service resources, such as compute instances and containers. Which of these statements best describes a VPC?

What is the purpose of a route?

Which of the following is true concerning firewall rules?

You want to create a single location to control traffic to all the virtual private clouds (VPCs) in your organization. What is the best option?

Which load balancing option can be used if you want to distribute web traffic to two applications in different parts of the world?

What option would you choose to create a private dedicated 10 GB/s link between GCP and your data center?

Your instance needs a public IP address that won’t change if the instance is shutdown and restarted. Which of the following is the best option?