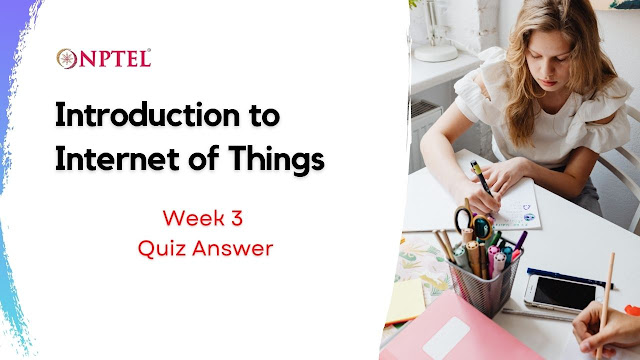 Introduction to Internet of Things

In this article i am gone to share NEPTEL Course Introduction to Internet of Things Unit 5 – Week 3 Assignment Quiz Answer with you..

Question 1)
In Near Field Communication (NFC), the active devices are able to
Question 2)
The Physical layer of HART protocol is derived from
Question 3)
Near Field Communication (NFC) is based on the principle of
Question 4)
Inquiry run by one Bluetooth device to
Question 5)
The sniff mode in Bluetooth is used to
Question 6)
Which of the following layers provides connection-oriented and connectionless data services to upper layer protocols in blue tooth?
Question 7)
Which of the following modulations is utilized by Zwave?
Question 8)
The PHY and MAC layers in ISA 100.11A are based upon;
Question 9)
Event aware topology management in WSNs include:
Question 10)
WBAN stands for:
Question 11)
In a wireless sensor network, a node which are unable to perform an operation, because of power failure and environmental effects is known as
Question 12)
A dumb node
Question 13)
Which of the following is a scheme for re-establishing the connectivity in the presence of dumb nodes in a wireless sensor noetworks?
Question 14)
The HART protocol was designed for:
Question 15)
“INTSEM controls the transmission rate of a node by adjusting